4/12/2020: The Judeo-Christian Biblical world view requires the blood of the lamb for a protective covering. The first time was for the Jews in Egypt. The second time was for the first Christians, the Messianic Jews in Israel. Then evermore for those that recognize Jesus Christ of Nazareth as the Messiah.

The literature in Number 9:1-14 describes the first Passover. In verse 5 the instructions are that “the lamb be unblemished”.

In verse 7 the instructions are given on where and how to make the blood covering: “They are to take some of the blood and put it on the sides and tops of the doorframes of the houses where they eat the lambs.”

In verse 13 the protection thereof is declared; “The blood on the houses where you are staying will distinguish them; when I see the blood, I will pass over you. No plague will fall on you to destroy you….”

After nine fair warnings from the Lord God of Israel to Pharaoh of the consequences of not granting liberty and freedom for His people the Jews, this is what happened. “Now at midnight the LORD struck down every firstborn male in the land of Egypt, from the firstborn of Pharaoh, who sat on his throne, to the firstborn of the prisoner in the dungeon, as well as all the firstborn among the livestock.

During the night Pharaoh got up—he and all his officials and all the Egyptians—and there was loud wailing in Egypt; for there was no house without someone dead.” Those with the blood covering were spared.

This deliverance is memorialized annually at the Feast of Passover.
The second sheading of blood was at Calvary, which was consistent with the Jewish law and faith. According a letter written to the Hebrews (9:22) of that day it is recorded, “And according to the Law, one may almost say, all things are cleansed with blood, and without shedding of blood there is no forgiveness.”

This sheading of blood was also from an unblemished lamb, the Lamb of God, Jesus the Christ. The initial intent was for the forgiveness of sin as a person agrees with the written document concerning the validity. However, the validity is not an intellectual agreement alone, it is one of agreement of the person’s will, their very soul. At this moment the human spirit is born again by the Holy Spirit. The new indwelling Holy Spirit then communicates with the person’s being in a manner not previously experienced, thereby giving spiritual confirmation to the person and also then to their intellect.

This blood covering brings liberty and frees the believer from the bondage of sin, past, present and amazingly future.

This blood protects the believer from the death angel as they are granted eternal life after their born-again spirit leaves their earth suit (body).

Interesting parallel in a day we are looking for protection. 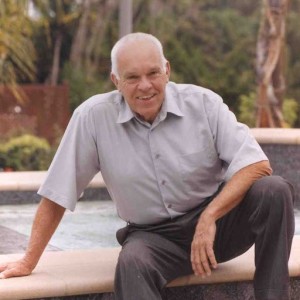 Medical doctor, concluded his clinical practice of orthopedic surgery so more time for research and development in cartilage healing. As an orthopedic surgeon he was one of the pioneers in arthroscopic surgery. He has published scientific articles and textbooks, as well as lecturing internationally. His present avocation resulted from a period of incapacity following rotator cuff surgery after which he spend time doing one hand putting. This lead to interest in design of putters and a study of PGA tour player's putting. This resulted in publishing "There is More to Putting than Meets the Eye" with his now friend and partner former PGA tour player, Howard Twitty. He holds more than 40 US patents related to medicine and more than 20 in golf. The most notable to date in medicine is the motorized instrumentation for arthroscopic surgery. In golf, the IP most likely to have an impact is a novel golf grip that enhances the players performance. His Christian up bringing influence remains the focus of his life. He has written several manuscripts, one of which is "A Physician looks at Scriptural Healing." Because of his many diverse interests, he is often asked, "What are you up to now?" The purpose of this BLOG is to regularly answer that question.
PrevPreviousEaster Sun and Son
NextDr. Fauci’s argument critiqueNext